For most of us our identities are very much tied to where we grew up.  "Where are you from?" is a typical first meeting question.  And it seems assumed that the answer will not be California.  No matter where we started, we invariably bring with us the traditions, language and preferences of not just our families, but also of the towns we lived in when we were younger.

Like many current residents of California, photographer Sarah Christianson moved here seeking more job opportunities and a broader world view than the small town where she grew up in North Dakota could provide.  But she still considered that town central to her identity and more than that, felt the pull to tell the story of the people that still lived there.  From that desire came her latest project, Homeplace.

What is Homeplace about?

The name refers to my family's 1200-acre farm in the Red River Valley of North Dakota.  That farm is my center, my homeplace.

My family left Norway in 1869 for America in the hopes of finally becoming land owners under the promise of free land as a result of the Homestead Act.  They had heard that America was the land of opportunity for those willing to work hard.  Since those early years my family has worked the land, growing wheat and soybeans.

In 2005 I worked in New York City for a few months and was struck by the contrast between that busy city and my own hometown.  I truly saw how much North Dakota was part of my identity.

When I returned, I started seeing changes or perhaps I finally noticed them --  my grandfather had passed away so my grandmother had sold that farm and moved into town, my brother and sister moved away and my parents demolished my grandfather's childhood home because it was in such disrepair.  It started to sink in that my parents might be the last of four generations to actually work and live on the family farm.

I was just entering the MFA program at the University of Minnesota and decided to make my thesis project the documentation of my family's emigration and agriculture heritage through my photography and other archival elements such as historical documents and old family snapshots.   I even went to Norway in 2008 to trace the footsteps of my ansectors that had left.

Homeplace is the result of this journey.  What I realized is that our rich agricultural heritage will continue in some form -- no one can take that away. 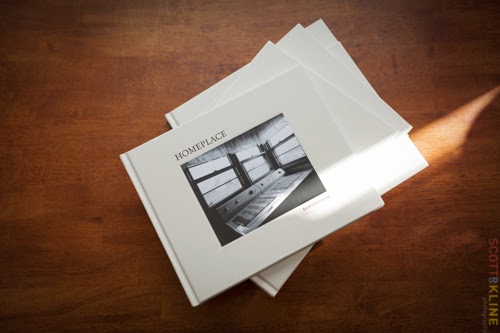 I love photography -- it allows me to tell stories in a visual way.  And I feel compelled to tell the story of the people of North Dakota.  I feel it is so important to share the perspective of the people that live there with the rest of the world.

I recently received a grant from the San Francisco Art Commission for my latest project -- I'm documenting the oil boom that is happening in North Dakota as a result of fracking.

It is so important to let the world know how fracking is changing the viability of the land to raise a crop and a family.

I moved to Dogpatch in 2011 after I started working with artist Jim Campbell who was located in the American Industrial Building.  Dogpatch felt like a small town to me.  The neighborhood worked well for my city-minded husband Jesse Mullan and the small town girl in me.

Part of the small town feel for me is the fact that we know our neighbors and so many people you meet here are so friendly and welcoming.

We were looking at an apartment that was for rent on Third Street and decided to go behind the building on Tennessee Street to see what the back of the building looked like.  Immediately a Hells Angels member came out of their clubhouse with a pitbull straining on the leash.  Both were clearly on full alert and wanted to know what we were doing in that area. But when we told him we were looking for an apartment to rent his demeanor changed immediately.  He proceeded to tell us how great the neighborhood is and how welcoming everyone would be to us.  And of course the pitbull mirrored this change and flopped down on the pavement!

I would certainly try my hand at farming!


Editor's note:
Photographs from Homeplace are currently on exhibit at Rayko Photo Center until November 17. 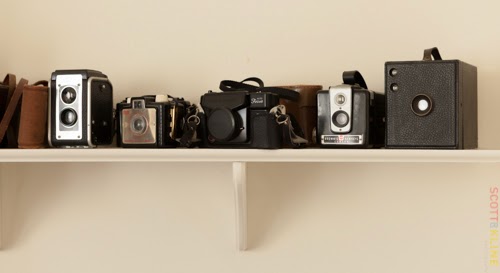